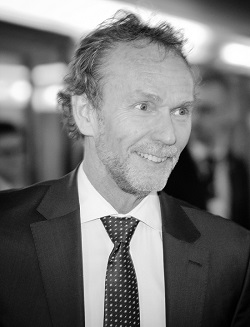 Why did you choose to study economics?

I liked math and physics and was also interested in history, society and politics. I took a one-year student course and had an amazingly skilled economics teacher, which made the choice easy.

The combination of mathematics, society and politics made economics the obvious choice.

I also had a couple of friends who had started their studies and they really enjoyed it.

What do you think were the most important factors for being offered the job?

I have worked at the intersection of macroeconomics, business cycles and the financial market throughout my career. I started in the Norwegian Banking Association (now Finance Norway), continued in the Econ Center for Economic Analysis (which became Pöyry) and started in the financial sector after a total of 10 years in these jobs. I first became Chief Economist at Elcon Securities in 1994 and have held the same job title thereafter, both when Elcon became First Securities and then later became Swedbank. Three years ago many of my colleagues and I joined Swedbank and started up at Sparebank1 Markets, a brokerage house owned by Sparebank1 banks. I have been through some ups and downs in the economy and markets along the way - and have learned a lot from it. During the course of a day I hope that I'm still learning more than I forget.

What does you job consist of?

I monitor and analyze economic trends in Norway and the global economy and its connection to stock markets, interest rates, currency and real estate. I write reports and I give hundreds of talks a year to colleagues, customers, other companies, organizations and students.

How do you make use of your education in your job?

Virtually everything I do is based on what I learned during my studies!

What is the best thing about your job - and the most challenging?

The best part is that I get to work on things that I find exciting and that are important to individuals, companies, economic policy and markets. It is very inspiring that so many people are interested in what I do, including colleagues, customers and the media. I get to shape many people's perceptions of what's happening in the economy. The most challenging thing is making the most of my time. Every day there is research I want to catch up on, but there just isn't enough time. I spend day and night analyzing and conveying the knowledge from this research.

What is your advice for students who want your type of job?

Demonstrate that you have knowledge in the field.

I am not particularly fond of the CV focus. I tend to focus more how people appear when I meet them - whether they are curious, smart and interesting - than what kind of summer jobs they had as students. Grades are still probably the one factor that most highly influences whether or not I meet them.

What do you think is the best thing about studying at UiO?

The best thing was there were so many incredibly interesting things to learn about our society. I must also mention the friends I made and the freedom I enjoyed as a student.

(This interview was originally conducted in Norwegian and has been translated to English.)