Professor Georgina Born (Oxford, UK) will give a seminar lecture on Time, the Social, and the Material, as they mediate musical genre. 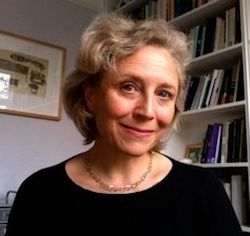 Abstract: Time, the Social, and the Material: For a Non-Teleological Analysis of Musical Genre

In this presentation I pursue the mutual imbrication of time, the social, and the material, as they mediate musical genre. I want to suggest that genre theory in music requires supplementing by a method attentive to music’s temporal as well as social and material mediations as together they form a musical assemblage (Born 2005; Born 2013). Addressing digital art musics today, I’ll point to the need for material and medium-focused, indeed for intermedial, analysis (Ernst 2002). With reference to ethnographies of digital musics in Kenya, Canada and the UK, carried out as part of the ‘Music, Digitization, Mediation’ research program, I want to show how musical materials and socialities are engaged in contemporary practices––often synergistically, and reflexively–– in producing the temporal dynamics of genre, and specifically to protend the future of the genres that they initiate, in which they participate, or the historicity or identity of which they aim, perhaps paradoxically, to baffle or occlude. In this way I exemplify the bidirectional mediation of music and time: musical genres produce time through the contingent articulation of their several temporalities; while in turn, historical processes––most obviously, the temporalities immanent in changing social, cultural, political and technological conditions––affect or mediate the evolution of musical genres.

Bio: Georgina Born OBE FBA is Professor of Music and Anthropology at the University of Oxford. Her work combines ethnographic and theoretical writings on music, media and cultural production. Her ethnographies have often focused on major institutions – television production at the BBC, computer music at IRCAM in Paris, interdisciplinary art-science and new media art at the University of California, Irvine. Her monographs are Rationalizing Culture: IRCAM, Boulez and the Institutionalization of the Musical Avant-Garde (1995), and Uncertain Vision: Birt, Dyke and the Reinvention of the BBC (2005). Edited books include Western Music and its Others: Difference, Representation and Appropriation in Music (with D. Hesmondhalgh, 2000), Music, Sound and Space: Transformations of Public and Private Experience, Interdisciplinarity (with A. Barry) and Improvisation and Social Aesthetics (Duke, 2017). From 2010 to 2015 she directed the research programme ‘Music, Digitization, Mediation: Towards Interdisciplinary Music Studies’, funded by the European Research Council, which examines the transformation of music and musical practices by digitization through comparative ethnographies online and in seven countries in the developing and developed world. She is Professor II at Oslo University and is currently a COFUND Senior fellow at the Aarhus Institute of Advanced Studies, Aarhus University.