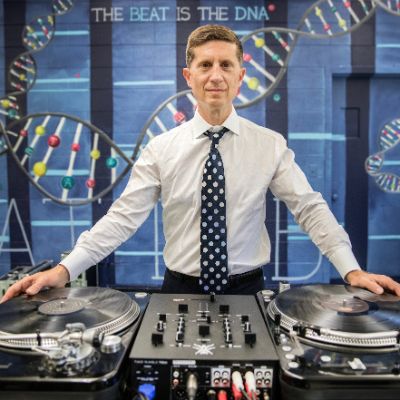 In hip hop turntablism—briefly, the use of the turntable as a performative musical instrument—rhythmic complexity is held up as an important value. Often discussed as part of a broader category cited as technicality, rhythmic complexity in turntablist performance reveals a DJ’s craft, skill, and precision. Within competitions, known as battles, technicality is typically one of the major criteria by which DJs are judged, along with originality and showmanship; some battles include separate categories in which technicality is the sole criterion for judging routines. This paper explores rhythmic complexity within hip hop turntablism c. 1995–2020, examining how hip hop and DJ culture as well as developments in DJ equipment both foster and police rhythmic complexity. This lecture draws on a variety of sources—research for my book Groove Music (2012) and new interviews I conducted for this paper, scholarship by Kjetil Falkenberg Hansen, André Sirois, Sophy Smith and others, and a variety of turntablist videos. At its broadest, this paper argues that musical complexity is always a social construct, necessarily defined by and best understood in dialogue with cultural and subcultural norms and technological change.

Mark Katz is Professor of Music at the University of North Carolina at Chapel Hill and Founding Director of the hip hop cultural diplomacy program, Next Level. His books include Capturing Sound: How Technology has Changed Music (2004, rev. 2010), Groove Music: The Art and Culture of the Hip-Hop DJ (2012), and Build: The Power of Hip Hop Diplomacy in a Divided World (2019). He is co-editor of Music, Sound, and Technology in America: A Documentary History (2012) and former editor of the Journal of the Society for American Music. In 2015 Katz was recognized by the Hip-Hop Education Center in its inaugural awards ceremony, and in 2016 he was awarded the Dent Medal by the Royal Musical Association for his contributions to musicology. He is currently at work on a new book, Music and Technology: A Very Short Introduction.