Your brain learns to steer your attention away from disturbing sounds

The more irregular noises you hear in the background, the harder your brain has to work to direct your attention to what is important. It does this by learning to anticipate the unforeseen. 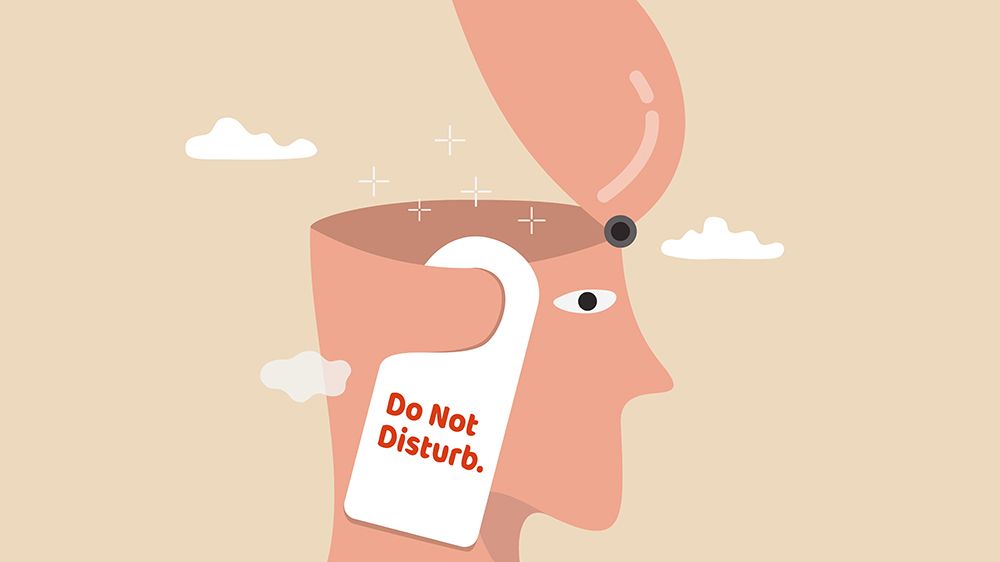 Have you experienced being distracted by annoying sounds? Your brain is continuously working to be able to predict such sounds.

Most people who have been students can recognize this: You have managed to put down your phone with all its visual and audio alerts that try to tell you that you're missing out on something exciting. Now you will finally find peace of mind in the study hall, concentrate on the syllabus, on what is important.

And then there is a sound:

Your concentration is broken and the only thing you hear is the sounds.

Why is this happening? What happens when your attention is drawn to disturbing sounds?

“The sounds around us have different tempos, which we usually use to separate them and focus. But when an irregularity occurs in that tempo, the brain reacts by engaging a little more. It’s about perceiving possible threats,” says Maja Dyhre Foldal.

In her PhD thesis, Foldal investigated how the brain reacts to unexpected sounds. What matters is when the sounds occur and what the brain is already familiar with, she believes.

We distinguish between sounds all the time. Imagine a café. Music is playing in the background. Ten different conversations are taking place at the tables. Outside, a tram passes by. The barista stands behind the counter and asks what kind of coffee you want. The fact that you hear the question and can order your coffee with ease, is mainly thanks to two mechanisms in the brain:

When you focus on the barista, her voice has a different tempo than the music playing in the background and the conversations around the tables.

“Based on conversations you've had in the past and knowledge of how language works, the brain can control your attention by using tempo. This is how it processes the information in the conversation with the barista more efficiently – and ignores the other sounds,” says Foldal.

The brain builds brick by brick

One of the explanations why we usually manage to focus on a sound source is that the brain has learned to distinguish what is unimportant when it senses things.

“We already have a lot of experience, so we don't have to re-sense everything every time. Usually one thing happens, and afterwards another thing happens, so instead of capturing all the information all the time, we just need to capture what’s new,” Foldal explains.

The brain processes the new information and uses it to improve what Foldal regards as a model undergoing continuous development. But although you may have experienced it before, you are for example not prepared for a serious conversation being interrupted by a notification from your phone, a siren outside your window, or a fire alarm.

“We have a good understanding of what is going on around us when we sit and talk. If a fire alarm goes off, it differs from what we expect, and it becomes very important to investigate what the sound means.”

A break in rhythm results in higher brain activity

To measure what happens in the brain when we are exposed to unexpected sounds, Foldal conducted experiments using the Electroencephalography (EEG) method, which measures electrical activity in the brain and allows the researcher to measure exactly when information is processed.

In one of the experiments, Foldal gave the participants earbuds that played a rhythm. The tones played in the right and left ear had a different, but relatively regular, tempo. The participants were told to focus on the sounds in one ear. If a tone came earlier than one might expect, they were to press a button.

“There are irregular sounds in the other ear as well, but they are told to ignore it,” Foldal explains.

In simple terms, the brain works like this: the sounds we hear in the right ear are processed in the left hemisphere of the brain, and vice versa.

“When you focus on one ear, therefore, you amplify the processing that takes place in the opposite hemisphere of the brain. This way, I can measure whether they are able to direct their attention and focus on only one ear.”

All sounds cause a reaction – the brain determines which

Foldal is particularly interested in how we perceive the timing of the different sound sources.

“In addition to the fact that there is more brain activity, I can also see that it fluctuates, because there is a more precise processing of when it is important to increase activity. This is a way to connect and then disconnect, so that everything else doesn’t interfere.”

In the experiments, Foldal saw that the brain always responds to an unexpected sound. In psychology, it is often called bottom-up processing, it is absolutely basic. But what matters is what we do with it.

“This is what we call top-down processing, which describes how functions such as attention management or prediction affect the sensory apparatus.”

Thus, more or less consciously, you will always register unexpected sounds. Whether or not the sounds catch your attention is determined by whether or not the brain’s model recognises them.

Rhythm and timing are important for how music sounds. We use the same mechanisms to concentrate when ordering a coffee in a noisy café and when we listen to music. Hearing music with new or unexpected sounds can also be more demanding for the brain than if you listen to something you know well.

“Our brains are constantly striving to have the best possible model for whatever occurs in the next few moments. If you are exposed to new stimuli, whether sounds or images, the brain doesn’t have a good model, and so more is required of you”, explains Foldal.

The researchers Anne Danielsen and Guilherme Schmidt Câmara have previously shown that experienced musicians have a built-in knowledge of the properties of sounds, which they use to time the music correctly. Foldal has asked the test participants about their experience with music, and she can see that it affects the results.

“In a task where they were required to detect deviations in a rhythm, those with musical experience did better. This confirms previous research that shows how people with music experience are better at timing.

Being musical can thus be an advantage when we encounter unexpected or disturbing sounds.

“It may also be that you get better at dividing up and controlling your attention by playing music with others, so that you may perceive different sounds, but are better able to focus on what is important," Foldal points out.