Transatlantic collaboration for excellence in clinical effectiveness research on cancer

The Clinical Effectiveness Research Group at UiO is engaged in close collaboration with top researchers at Harvard University to find out what is effective and ineffective in the prevention of colorectal cancer. They undertake studies that few others are able to emulate. 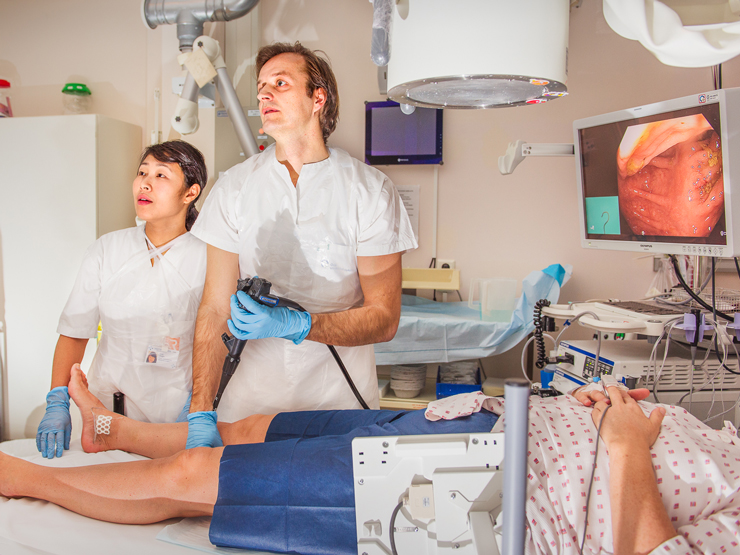 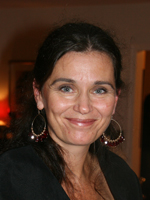 On the occasion of the Transatlantic Science Week in Boston this November, the University of Oslo (UiO) visited a number of UiO life-science researchers who collaborate with researchers in Boston.

One of them is Associate Professor Mette Kalager, who heads the Clinical Effectiveness Research group at the Institute of Health and Society, Faculty of Medicine. The group’s ambition is to achieve excellence in clinical studies.

Cancer of the large intestine and rectum – colorectal cancer

Regarded as the gold standard of research, in which two groups to be compared are assigned randomly to a group that will undergo the intervention and a control group with no intervention.

An examination of the entire large intestine with the aid of a flexible fibre optic tube inserted into the intestine.

An examination of the lower part of the large intestine with the aid of a flexible fibre optic tube inserted into the intestine.

Undertakes studies that only very few others are able to emulate

According to Kalager, clinical effectiveness research is concerned with obtaining knowledge to ensure that the right things are done in the right way, for the right patient at the right time – in short: what works and what does not?

She is collaborating with the world’s leading researchers to design and establish clinical studies of optimal quality on colorectal cancer. In her opinion, one of the outstanding experts on epidemiological methodology is Miguel Hernan, professor of epidemiology at the Harvard School of Public Health (HSPH) in Boston. He is developing new methods to improve the design and analysis of clinical studies.

‘Undertaking good-quality clinical studies, such as randomized, controlled studies, is difficult. We set out to undertake large-scale and important studies, those that are out of reach to most others. Good registers and public health services which give us an overview of the patients together with relatively low costs for health services make Norway a favourable place to undertake such studies,’ Kalager explains.

Last year the group published the results from the Norwegian Colorectal Cancer Prevention trial (NORCCAP), which had followed 100 000 persons for eleven years. Altogether 21 000 persons were invited to a screening involving an endoscopy examination of the lower part of the colon (sigmoidoscopy), while the rest underwent no such examination. The prevalence of colon cancer was reduced by 20 per cent and mortality by 27 per cent in the screening group compared to the control group.

The group is now engaged in a new project, the Nordic-European Initiative on Colorectal Cancer (NordICC). This is the first randomized study ever undertaken to study the effect of colonoscopy screening on colorectal cancer. The study is a collaboration between the Nordic countries, the Netherlands and Poland. In the period from 2009 to 2014, altogether 95 000 persons have been included.

‘The subjects are assigned randomly to a colonoscopy group and a control group that receives no offer of such screening. These persons will be followed for 15 years to see whether colonoscopy screening reduces the prevalence of and number of deaths from colon cancer,’ Kalager explains.

What is the effect of polypectomy?

The European Polyp Surveillance (EPoS) project sets out to investigate the optimal follow-up for patients who have hade colorectal polyps removed (polypectomy), with the aim of reducing their risk of cancer in the future.

‘Today, we do not know the effect of polypectomy and with what frequency patients with polyps ought to be followed up. We will therefore monitor 30 000 persons in Norway, Sweden, Spain, Poland, Italy and the Netherlands for a period of ten years to obtain more knowledge about this,’ says Kalager.

By Norunn K. Torheim Translation by Akasie.
E-mail this page