I am a music researcher and research musician. My scientific investigations inspire my art, and my artistic exploration leads to new research questions. 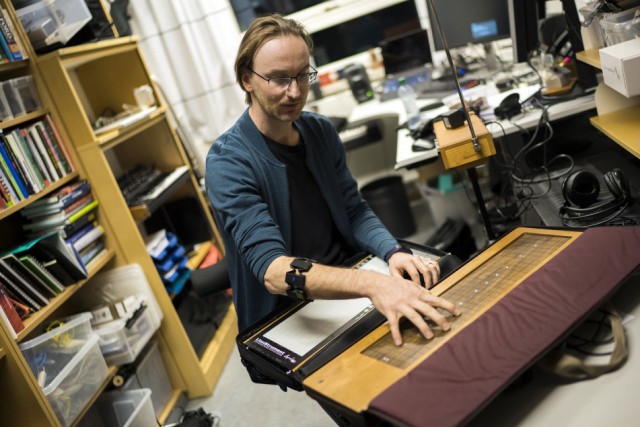 My main research activities are in the fields of music technology (with a particular focus on new instruments) and music cognition (emphasizing the role of the body in music performance and perception). I have also collaborated with researchers in physiotherapy and medicine, hence some of my publications are also in channels related to those fields.

My interdisciplinary research approach is based on a varied background, including undergraduate studies in musicology, music performance, mathematics, physics, informatics, and French language; and two master's degrees, one in music and one in applied informatics. This has led to my combination of theories and methods from the humanities, the natural and human sciences, practice-based technology development, and the performing arts.