An installation of the Self-Playing Guitars by Sebastian Fongen Langslet, Çağrı Erdem, and Alexander Refsum Jensenius. 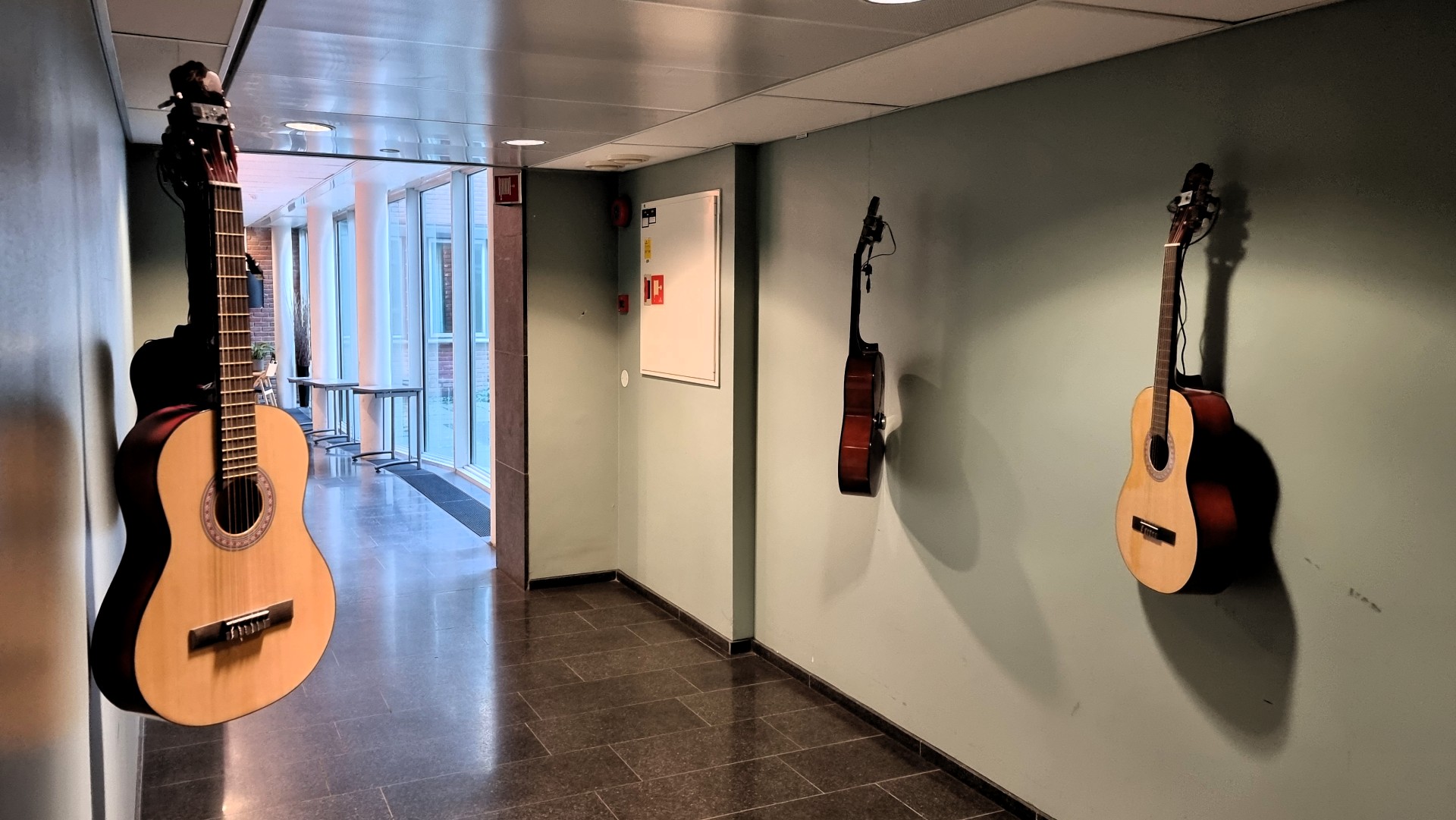 The Self-playing Guitars installed in the ZEB building.

The Self-playing Guitars is a platform for exploring the meeting point between acoustic and digital sound production in a collection of self-playing instruments. As part of our "out-of-lab" experimentations at the RITMO centre, this platform has formed the basis for scientific research into sensors used for detecting people's motion, digital sound generation, and mappings between action and sound. We explore the artistic possibilities of self-playing guitars through several public performances and exhibitions, including researching the differences between performing and perceiving an instrument and investigating the differences between acoustic and electroacoustic instruments.

For the International Seminar on Sonic Design, we presented an iteration of the project that primarily focused on interaction with loud percussive sounds, like clapping your hands together or stomping your feet. We focused on this simple approach to not making too much noise in an otherwise busy hallway. When interacted with, the guitars trigger an envelope that controls the playback volume of a sample. This envelope has random elements, so it is not too predictable if triggering it multiple times in a row.

The four guitars play four unique samples, whereas three of them sound like guitars, and one of them has a more textural bell-like timbre. The guitars that play guitar-sounding samples are playing a major sixth, perfect fifth, and a perfect fourth, respectively— in a pitch randomly selected between four predetermined pitches, which changes every 10 or 20 seconds. The guitar, which plays a more textural sound, also changes pitch in the same time frame but is more freeform in tonality. These predetermined pitches are chosen so that the overall harmony of the guitars always sounds pleasant when played together. The guitar samples used are composed by Sebastian Fongen Langslet, and the textural bell-sounding sample is recorded by Cagri Erdem and produced and manipulated by Sebastian. The code, written in Pure Data, is a team effort between the two.