Welcome to the blog for the course KUN4500. Here the students will make their blog entries and comment on current topics in art history. Spring 2016 are all about design in nature. 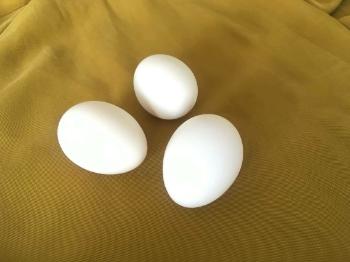 People and business – a visit to Eggs Design
Read more ... 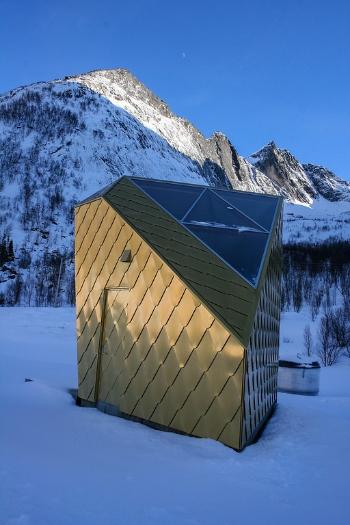 The distances are vast, and from Tromsø large groups of tourists travel for several hours by bus or car to experience the diverse winter landscape on these scenic places. Tourist need ”fuel” to stand the distance and food and drinks are consumed during the trip. We all know what happens then. Nature calls. A steady line build up in front of the loo. If there is one. 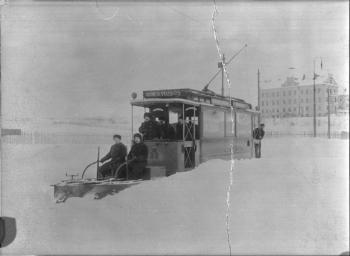 Some days you feel like the contrast between your reality and someone else`s reality could not be bigger. The day we went to visit Eggs Design`s studio in Oslo was one of those days. The theme of that day`s lecture was digital wilderness, and it could not be more fitting as Eggs works with digital design for among other the ocean tech industry. However, my own experience prior to the visit made me feel more like I was on urban safari, only equipped with songlines. 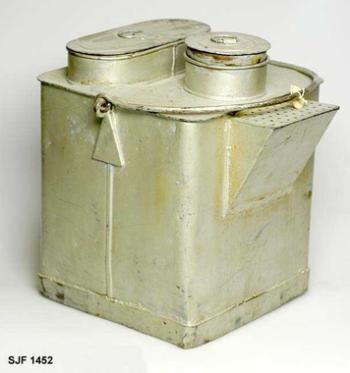 The Construction of Nature - Nature vs.Culture

“ If you need to use a cannon to get a fish moving through a river system, then there might be something more fundamentally wrong with the infrastructure along the river system”. Here I am paraphrasing David Montgomery, professor of geomorphology at the university of Washington. He makes a compelling argument. As is often the case in places where fish ladders needs to be constructed, the river system it self has been imposed on by human activity. There seem to be a parameter within thinking about preservation of nature that “good” nature is undisrupted by human activity. And that if humans had not interfered in the first place, there would be no need for preservation activities. However, as part of nature we do have impact on the ecosystems we operate in. We inevitably design and shape our surroundings either by intention or accident. As a consequence we change our surroundings. But is this change solely bad? 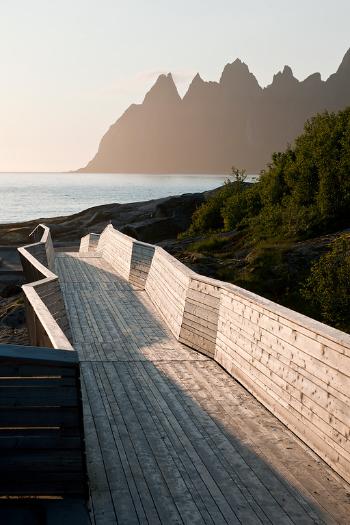 Does architecture and design along the 18 National Tourist Routes affected our perception of nature as a recreational target? 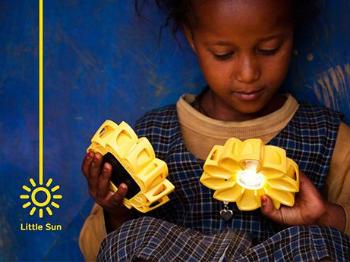 The Little Sun project was initiated by artist Olafur Eliasson and engineer Frederik Ottesen in 2012. Little Sun is a solar-powered LED lamp designed to provide light in a sustainable way to communities without electricity, and is also a project that aims to create local job opportunities and generate local profit. Every Little Sun that is sold in an area of the world that has access to electricity, enable the lamp to be sold at a locally affordable price in an off-grid African community. A lot of thought has been put into both aesthetic and sustainable concerns in the production of the lamp. The project can be seen as an extension of Eliasson's installation The Weather Project, where he constructed a giant, artificial sun at Tate Modern in London in 2003. Circular is the New Linear

Design needs to stop chasing progress and start going round in circles. The critique of modernism’s rampant faith in progress has necessitated a rethinking of design’s relation to development and thus also to time. 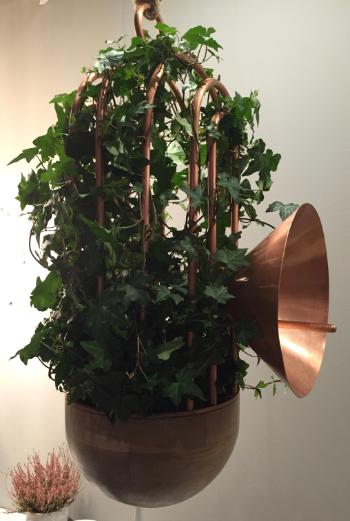 The distance between man and nature has never been greater than today. Our lifestyle is built on linear systems and non-renewable energy sources and we expect new technolgy to solve the environmental challenges the world is facing.  But maybe the answer to future environmental challenges is found in past generations solutions rather than in new technology? Should we look backward as well as to the future? 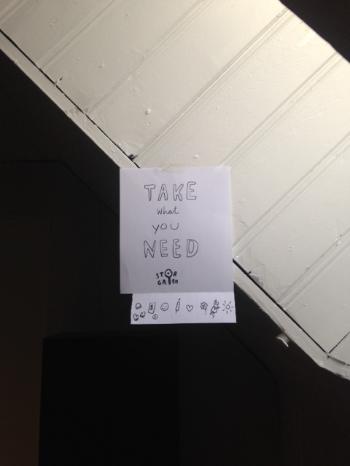 Social Laboratory: reflections on the process of making better cities

How do we make better cities? Cities that are better for its inhabitants, better for the environment and above all sustainable? Well, if you ask the designers behind the studio Growlab, they definitely know where to start.

So what does a bagle -bicycle, a chicken at a music festival and a speech bubble in one of Oslo´s more shady streets have in common? They are all "real examples of a better city" (from Growlab website). 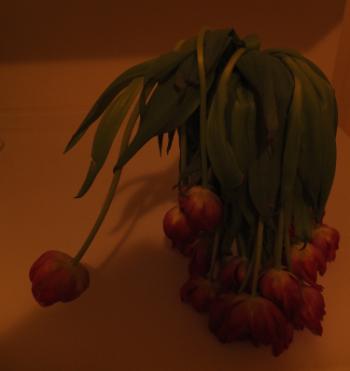 On a global scale, honeybees feed more than 7 billion people by pollinating crops around the world, and are thus crucial to food production. Over the past few years we have experienced a drastic decline in the world's bee population. In Norway, one third of the species are in threat of extinction and twelve of them are already lost. This has led to local design initiatives focusing on preservation of bees and their environments, also in urban locations. 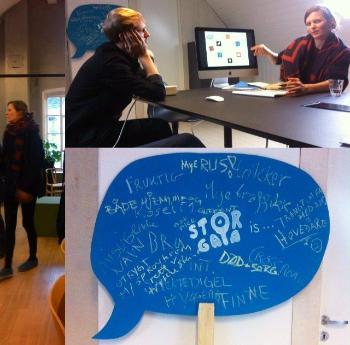 Shielded from the noise and traffic of the busy Storgata is Studio Prindsen, a shared creative space located in an old factory building in one of Oslo’s historically less attractive areas. Among the designers based here is Growlab, a design studio established by KhiO-students Mads Pålsrud and Tabea Glahs in 2012. 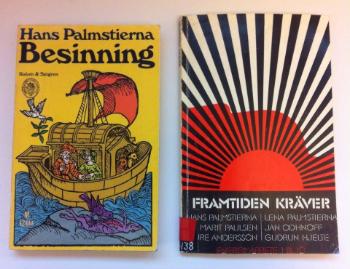 What can a Swedish environmentalist tell us about the 1960s designers’ self-perception?

In 1969 International Council of Societies of Industrial Design (ICSID) organized its sixth conference in London, titled «Design, Society and the Future». Among the speakers was a Swede who demanded that the future should be sustainable. 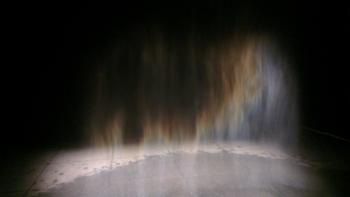 Beauty is in the eye of the beholder

Entering the room of Beauty is a wondrous experience. The room has a quietness to it, it is a serene and calm environment and the only sound comes from the barely audible water falling too the floor. The walls are pitch black and in the centre of the room is a light source and a curtain of fine rain. Design for the benefit of non-human inhabitants: The salmon ladder

Wherever humans settle and human habitats expand into the surrounding landscape there will be an inevitable confrontation with the members of encountered ecosystems. More often than not, these confrontations ends in the prevalence of the human habitat, on the expense of the wildlife. These interferences might cause the separation of wildlife populations or prevent the natural migration of certain species. If the design of cities, villages, bridges, dams, roads ect. got us into this mess, can design be deployed to get us out of it?

In the next four blog posts I will be doing a case- study of a type of wildlife corridor – a wildlife corridor being a construction or design that facilitates a connection between habitats that have been separated by human action- that has been intentionally designed to aid the migration of fish in obstructed water streams. The salmon ladder. 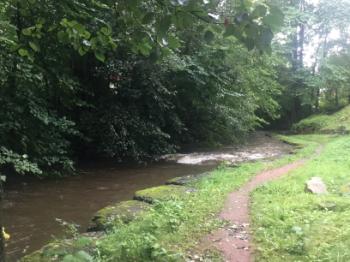 I wonder; natural or unnatural?

The article  got me thinking. It made me look around and reflect over what is surrounding me. Not on concrete constructions, but on what I perceive natur and natural in my soroundings, and if it is natural or not.