By Hiromu Maeda (Toyohashi Univ. of Technology), visiting researcher at RITMO during October-November 2019 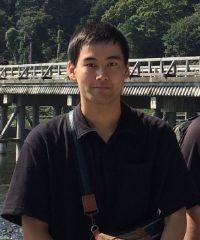 In October-November 2019, I did an internship, under the supervision of Prof. Bruno Laeng, as part of the RITPART-RITMO's short term scientific mission (STSM). I had a great time and acquired a lot of new knowledge from many of the RITMO members. Specifically,

during my STSM, I participated in an eye-tracking workshop and learned more about the pupillometry method from a variety of researchers in either my same or different field of research. The goal of my internship was to conduct a pilot study on the topic of Dynamic visual acuity and the underlying Brain function. Dynamic Visual Acuity (DVA) is the ability to perceive moving objects in great detail. This skill is commonly known to be needed for daily situation (e.g., driving a car, playing tennis …) and it is crucial in threatening situation (e.g., dodging an approaching insect). In addition, DVA seems necessary for wild animal predators during hunting, and it may be an indispensable ability for all living creatures (also to avoid predators).
In previous studies, DVA was reported to be affected by many factors. For example,
・Age
・Gender
・Static Visual Acuity (SVA)
Also, some study reported that experience with sports (or training) had a strong positive correlation to DVA. In the field of sports, many athletes try to increase (without knowing it) their DVA by training. However, some studies show that it is possible to increase DVA by using another factor: DVA performance was significantly modulated by the color of the background in a visual task. In human performance research, another study reported that sound condition can also affect human performance. It is known that we sometimes match pur walking speed with a specific music’s tempo that we may hear (e.g., with a smart phone).
Hence, my present study hypothesized that sound can affect DVA, as suggested by the above studies. Specifically, during my STSM, we conducted measurement of DVA during a psychophysical experiment with both eye-tracking and behavioral responses. We used a Head Mount Display for the presentation of the visual stimuli in Virtual Reality because this allows a wider viewing angle, without necessarily being in large space.

The study was made possible by RITMO's interdisciplinary environment of research on rhythm, time and motion, together with their advice and support on pupillometry method. Indeed, we understood better how to improve our experiment for the future. As a Master's student, this STSM was a real special opportunity for my research career. Hence, I am very grateful to all RITMO researchers and staff. Despite my STSM time was only one month, I felt it was bery fruitful and passed away too fast! I strongly believe that this STSM strengthen the international connection of research and develop new ideas. I sincerely hope for a continued collaboration with the RITMO's researchers if the opportunity arises again!