Potential effect of color to temporal perception and pupillometry

By Yuya Kinzuka (Toyohashi Univ. of Technology), visiting researcher at RITMO during October-November 2019 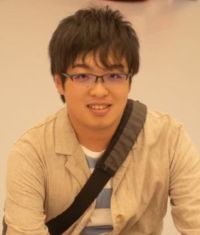 In October 2019, I had the opportunity to spend a whole month at RITMO as a visiting student of the Short-Term Scientific Missions (STSM). My participation in the STSM under the supervision of Prof. Bruno Laeng was a great pleasure to meet every member of the creative research team and to increase my knowledge to eye-tracking and temporal perception.

Due to the rapid technological progress in computer performance and image processing, eye-tracking technology is enabling a wave of innovation in a broad range of applications and studies. During my visit, I learned more about pupillometry and eye-tracking methods, through several preliminary studies and by talking in an eye-tracking workshop held for researchers in a different technical/study field. In the workshop, we discussed how the obtained eye-tracking data can provide new opportunities and potentials for human computer interaction, and studies in motion capture, musical performance and even in the medical field. These experiences itself already represent RITMO's catchphrase, "interdisciplinary research centre."

While in Oslo, I have worked on a pupillometry study focusing on temporal perception and the effect of colors. As we can understand from our own experiences, perceptual time is not isomorphic to physical time, and it is strongly affected by our internal states. As the ubiquity of color, the potential effects of color (especially Red and Blue) to temporal perception have been investigated since the 1960’s, reporting the color red extends the perceived time due to the increasing pacemaker rate by the arousing color. However, the effect is still controversial.

Same as the arousing effect of color, it is also known that different color induces different pupillary response (mainly the pupillary light reflex) even with identical luminance. To investigate the relation of pupillary response and temporal perception, we have conducted few psychophysical experiments with temporal tasks and eye-tracking methods combined. The interdisciplinarity of RITMO, research environment and advices by researchers in rhythm, time, pupillometry and behavioral science made this possible.

As a master student continuing my progression in the field of cognitive science, psychophysics in the doctoral program, I would like to thank all the members of RITMO for providing me this unique opportunity and to build a basis for my future scientific career.

Finally, I also like to emphasize that these opportunities for students will definitely be a wonderful way to build international collaboration networks. The 4 weeks in Oslo passed by in a blink, as exciting moments passes so fast, I hope to be back at RITMO soon!