Protection of the dances of indigenous peoples 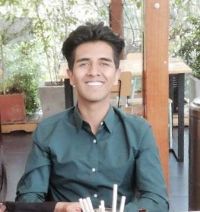 Why is it so difficult to approach research from an interdisciplinary standpoint? Gaining the insight of another discipline sounds always promising, but in addition, it might also mean buying the problems of not only your own field but from a second or a third one. Through my experience at the RITMO Centre, I can offer an insight on how relying upon the knowledge from people of other fields adds a significant dimension to a research project, while at the same time challenges the isolating practice of building knowledge in an individualistic way.

Being my training based on the fields of social sciences and the arts (currently enrolled on an MA in Dance Anthropology), I have heard plenty of times about the question of "what is a dance". This enquire has been revisited either with the accent on the social value of dance as a gathering, as a generative scheme for meanings, as the embodied expression of creativity or also by focusing on its functional effects as a ritual to alter and display power. Even though all of these approaches are interesting enough, there is something about them that prevent them from going further; it does not have anything to do with the direction they are working on but with the fact that they are being seen from a one-dimensional approach self-contained within one field of studies; statements that only seem to re-gain traction when contrasted with methods and ideas from other disciplines.

For my case, these other disciplines were informatics, robotics and musicology since the team I worked with for the study called "The movement similarity project" was lead by Benedikte Wallace and Kristian Nymoen, two exceptional professionals within the RITMO Centre specialized in these areas in such a way that it allowed us to tackle human movement merging both, the possibilities and the limitations of each of our areas of expertise in the effort of trying to define a dance, not for the sake of quenching this long-debated question but in a way that would be instrumental for us to teach a computer-based system what should be considered as such in order to define the degree of similarity between two different motion-capture recordings of people dancing the same dance.

The outcomes of this process are currently being polished and the applications could resonate within the fields of human-computer interaction, human-movement recognition or law reinforcement but I am particularly interested in how quantitative reports of similarity between different performances of the same dance could work in preventive and defensive ways to produce proficient evidence within legal cases that are assessing the existence of misappropriation of indigenous dances.

I arrived at the RITMO Centre for Interdisciplinary Studies in Rhythm, Time and Motion with an anthropological concern, namely the need to find innovative ways to protect the creations of indigenous peoples through technology; and after approaching the end of my internship here, I found my topic being invigorated by the diversity of disciplinary angles that the impressive team of people here allowed me to learn from, turning research into a dialogical effort in the most welcoming and professional environment that I have experienced.