The most accomplished musicians can play without thinking

Is a musician unconscious when the music “plays itself”? Danish philosopher Simon Høffding explores philosophical questions through professional musicians. 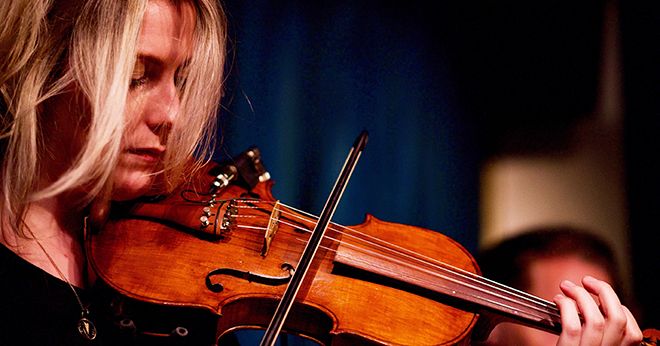 “Musicians can experience being at one with their instrument,” says Simon Høffding. Illustration photo: Joel Voigt/Unsplash.

What goes on in the minds of virtuosos when they play pieces of music they know incredibly well? When the music virtually “plays itself”?

“It's a romantic cliché when artists say things like Beethoven is playing through them, that the art took full control, or that they're just a medium for the spirit of the art. But it's an interesting cliché,” says Simon Høffding.

Høffding is a philosopher at the RITMO Centre for Interdisciplinary Studies in Rhythm, Time and Motion, and is researching what happens to consciousness and the sense of presence when musicians are completely absorbed in their music.

What this change looks like is different from person to person, and from time to time. A key denominator is that the feeling of the “self” itself changes.

“The musicians say that it is as though they become one with the world, or one with the instrument or music. Some say they become unsure whether they themselves can play, that it was as if someone else was playing.”

In this case, Høffding believes that the distinction between the subject – the self, and the object – the instrument, dissolves.

“It also bears witness of tremendous confidence that the body can do what it is supposed to do, after many thousands of hours of rehearsal.”

He also describes an opposite experience, where musicians experience a sharpened sense of presence.

“These are cases of ecstasy, which many characterise as a positive bodily experience. It is described as sharp and crystallised. The musicians can see many details, or see themselves from a distance, as if they are sitting in the audience and not on stage. It's a quasi out-of-body experience.”

Høffding thinks this is interesting, because it alters common perceptions of how consciousness works.

“Where we usually see changes in the feeling of the self is in those who suffer from some form of mental illness. It will be interesting to take a closer look at possible resemblances between these experiences. No illness is involved here. Instead, it's a matter of a lot of control, which you let go of.”

Experts don't have to think

Simon Høffding links these special experiences to two big questions within philosophy: What is a self and what is expertise?

“Within many religious or philosophical directions, including Buddhism, the ideal for the human self is to lose the self. However, the phenomenological tradition from France and Germany embraces the forceful idea that the self is fundamental to our existence, and that one cannot lose it.”

A philosophical tradition, after the German philosopher Edmund Husserl.

If you lose the self, you are, according to this direction, unconscious, explains Høffding.

“It breaks with the ideas in phenomenology when musicians report seeing themselves from the outside.”

So what's really going on? Høffding refers to expertise research in psychology and philosophy and the American philosopher Hubert Dreyfus to get closer to the answer. According to Dreyfus, real expertise is characterised by knowing something so well that you don't have to think.

“According to Dreyfus, the body then takes over. If you are conscious about how you do something, your performance will suffer,” says Høffding.

Intelligence is more than rationality

According to Høffding and Dreyfus, it is important to understand intelligence as something more than being rational and reflective.

“Intelligence is also bodily, cultural and oriented towards the outside world. And it doesn't work by thinking about yourself and what you do all the time, but is more intuitive and spontaneous,” says Høffding.

An example of areas where this knowledge is important is in the development of artificial intelligence.

“If you want to build a good robot, you can run into problems if it is to act strictly rationally. Because people don't behave like that. When we talk, we not only use words, but also send each other many implicit communicative signals. This says more about human intelligence than thinking about classical rationality.”

This is the essence of the direction in which Høffding is conducting his research.

“The phenomenology can be used to give nuanced descriptions of the world as we experience it, rather than as we measure it or weigh it. To understand the life of consciousness, we need to have a science that can give us reliable results about more than objects.”

Unlike how philosophers usually do research, Simon Høffding sought out musicians to study them through observations and in-depth interviews. For ten years, Høffding has accompanied the world-class Danish String Quartet on tour, delving in for explanations of what happens when musicians play.

He believes that highly professional musicians provide the most interesting scenario for looking at this issue.

“Less experienced musicians usually have not had equally strong experiences, because they are more bound by the need to play technically correct,” he says.

As a member of the audience, you may not understand when a musician experiences losing himself, or when they are extremely present.

“Some may look very absorbed, but they might be thinking of something very trivial. When you're sitting in the audience you can't usually sense when a musician sits and thinks about what to eat for dinner or how the children are doing,” says Høffding.

It is important to be able to let go

Simon Høffding believes the research on musical absorption says something about what it is to be human.

“It is a human quality to surrender to something. The human part consists of hard work to become proficient at something, but also to be able to let go and surrender to the fact that things have great aesthetic or perhaps also moral value,” he says.

“If we think we can control everything, we'll miss some of the finest things.” 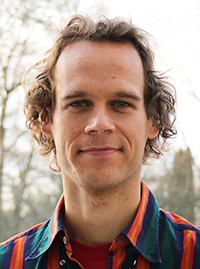 Simon Høffding is a postdoctoral fellow at the RITMO Centre at the Department of Musicology. He holds MAs in philosophy from the University of Liverpool and the University of Copenhagen, and wrote a doctorate on “The Phenomenology of Expert Musicianship”.

On 24 May 2020, Simon Høffding and RITMO are hosting Music Lab 6, a concert with The Danish String Quartet in Radiohusets Concert Hall in Copenhagen. MusicLab is a science concert where researchers study performers and audiences. The concert is open to everyone, and will be an event that unites classical music, research and dissemination.