Candidate for the University Board among technical and administrative staff. 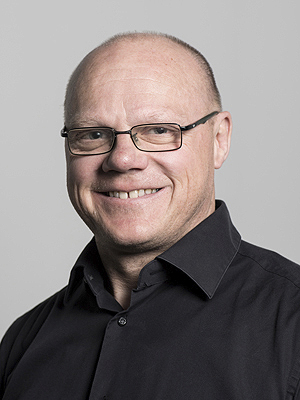 I have been a member of the university board for the last 4 years and wish to be re-elected to continue the development that has begun and follow the issues further. UiO faces major challenges financially with annual administrative cuts and high investment requirements. At the same time, we are Norway's best research university with opportunities internationally. It is now time to invest in teaching and to give the students the best possible starting point for further career.

UiO must work more systematically with business contacts and remove obstacles to interdisciplinary work. Furthermore, UiO must stimulate increased dissemination of research-based knowledge at a time when this is under pressure.

Digitization will affect us the next boarding period. UiO will renew its agreements with large administrative IT tools such as accounting system and filing system. Many of the acquisitions will take place under the auspices of BOTT, ie the universities of Bergen, Oslo, Trondheim and Tromsø, and will lead to the standardization of work processes. The development will affect the way we work and will concern very many in the technical and administrative group. I have many years of experience with the management and development of FS, which is one of the major administrative IT systems in the sector, both in Students Department, at USIT and now at CERES. I therefore have broad competence in the field of digitalization.

Core issues I want to take in the university board:

Undesired use of temporary positions

In my 2013 election platform, I wanted leadership at UiO to follow the principles for leadership in the State sector in Norway. In the UiO Plan for 2017-2019 a Platform for University governance are to be carried out in 2017. This work has not yet been completed or presented to the Board yet. Such a platform should cover governance principles for professional and administrative leadership at UiO, including recruitment, participation for trade unions and employees, human resources management etc.

During the current term of office, the university board has devoted a lot of time and resources to following and adopting UiO's work with a master plan for real estate and maintenance. Work on the master plan itself has been completed, but there is a need to finance and realize many of the projects mentioned in the master plan.

In addition, there is pressure for open office landscapes, more focus on rent and many other factors that may affect the work and learning environment in the future. With such changes, open and inclusive processes are absolutely necessary where employees and their representatives are taken seriously.

After 4 years as a board member of the university board and a total of 27 years at UiO as a student and employee, I have a broad knowledge and commitment to UiO. I have a master degree from HF, have been employed in technical and administrative positions at the USIT and the Students Department, been leader of the trade union Parat at UiO, and is now Adminstrative manager at CERES.

Since 2014 I have been working with the development of the Student Information System (FS). In CERES, I am the administrative manager of the FS Group with responsibility for 7 employees. Among other things I lead the national user group for FS and is responsible for the technical operations for FS nationally.

Since the end of 2016 I have been project manager for the re-writing of the research administration system Cristin. We are making the system in a new design and on a new technical platform.