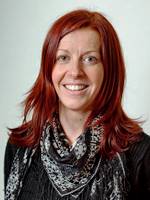 I would like to run as a candidate for the University Board as a representative of fixed-term employees. Since I finalized my PhD in 2005 I have acquired valuable experience in my career as a temporary employee. Not least, I have put forward ideas to improve the framework of temporary employees – one of the most important resources at UiO – thus promoting a better working environment and not least, research and teaching of the top most level.

There is a continuous debate concerning the high number of temporary positions in colleges and universities in Norway, and not least the uncertainty that this brings with the relatively few permanent positions advertised. Receiving salary from an externally financed project year after year, and not having a secure future is something that demotivates many.  I personally know many that have chosen to leave academia in favour of permanent engagements in the private sector. Changing the uncertainty that we as temporary employees face is not an easy matter. I believe that with relatively simple measures we can improve the framework for temporary employees, and hopefully increase the likelihood of more people getting a permanent position within academia, either here at the University of Oslo or other national and international universities and colleges. Independent research in the form of owning externally-funded project, group leadership responsibility, having good networks both with international and national partners, and experience in the guidance of students and teaching would be undoubtedly beneficial.

Over the years, I have experienced the value of learning from others, both through their knowledge and experience in general. I wish to establish a common meeting place for temporary staff with a broader focus and should also include researchers, PhD candidates and postdocs from across the departments and faculty at UiO. To bring together both the young researchers (PhD and Post docs) and those with longer experience (researchers), where one can address topics of interest across a broad range of scientific background, and in particular, exchange experience and academic ideas- could give great added value. For example new collaborations across the department and faculty- and the possibility of learning from different recruitment practices for temporary positions. Furthermore, such a network that gives people the possibility of open discussion could be a channel of communication with the university board to raise topics that concern them.

Increased guidance, training and workshops for application writing and management for younger researchers

My next item is that I would like to be able to facilitate a greater number of workshops for temporary employees within, for example, guidance on application writing to a greater extent than those already offered today. There is no doubt that many skilled young researchers at UiO already have their own project ideas, and having the ability to assist them and guide them in writing applications in the best possible way, will optimise funding opportunities and benefit UiO in the longer term. This is in fact already done to some extent, for example those who wish to write an ERC starting grant and/or consolidator grant, but should also apply to those who wish to learn to write a project application for the very first time. Where can one apply? Which opportunities exist – and not least tailoring applications according to specific announcements. In this area there is already a lot of knowledge at the UiO lying with Professors and other temporary staff which we should take advantage of to a larger extent than what we do today, as well as helping to bring in new ideas and thoughts from experts from other universities at both the national and international level.

Furthermore, I would also like to see the various management/leadership courses and workshops already organised at the UiO, reaching as many temporary employees  that wish to participate as possible, this is undoubtedly important for those wishing to remain in academia and for those outside.

Establishment of a local UiO stipend for young researchers

For young researchers employed on shorter or longer fixed-termed contracts it would have been an great advantage if they had the opportunity to apply for some financial support while writing research grants and/or if they would like to visit potential new collaborators for shorter or longer time periods. This will enable more flexibility, and thus not steel away money/research-hours allocated on the project that they are already employed on. They could apply for some short term funds financing the hours spent on writing the grant, and/or research stays. For the latter, I stress the importance for young researchers to stablish their own research network (both nationally and internationally) – and most likely such visit would lead to new collaborations that would be of added value for the UiO as well.

Teaching practicalities: young researchers should be allowed to take part in the teaching duties

Lastly, I would like to highlight the added value of taking advantage of the fixed-term employees to a larger extent than practiced today when it comes to teaching courses here at the University. Today, it is more or less only the PhD-candidates that get the possibility to teach – with an extension of their contract with on year. This opportunity should indeed be given to the postdocs (now also suggested by Underdalutvalget: https://www.forskerforum.no/utvalg-foreslar-firearig-postdoktor/) as well as young researchers on fixed-term contracts. This is, as I see it a unique opportunity further improve the courses given by the different Departments by using the competence and skills that these young talented group of employees possess. Moreover, this will then give more people within this group the opportunity to gain experience and skills within teaching that is very often highlighted as an advantage when applying for permanent jobs in academia. Knowing that it is problematic for the University to use fixed-term personnel (at least researchers) in connection with teaching, my idea is that this group of people should be given the opportunity to arrange shorter or longer workshops/courses not connected to the undergraduate courses given by the different Departments. The courses/workshops could get some financial support if needed from the stipend mention above, thus, making it easier for the young researchers to come up with ideas for workshops/courses – that would easily have added value(s) as initiation of new constellations/collaborations as well as the gained experience within teaching.