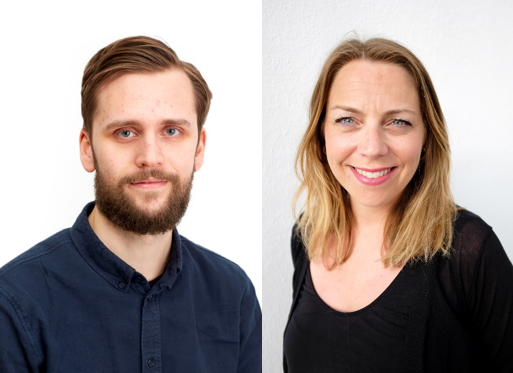 In this Food & Paper we will present two publications, in which one has recently been published in Music Theory Online and the other one just accepted by Music Theory Spectrum.

In the first article, “A Grid in Flux: Sound and Timing in Electronic Dance Music,” co-written by the presenters, Jon Marius Aareskjold-Drecker, and Anne Danielsen, we argue that sonic features are crucial to shaping groove and feel at the micro level of rhythm. Through qualitative interviews and analyses of selected tracks, we aim to demonstrate that that EDM producers, with their preference for a grid-based microtiming aesthetic, are very sensitive to and adept at manipulating both temporal and sonic features for expressive effect. We further argue that such features also tend to introduce a “microtiming” aspect to the grid-based aesthetic of EDM at the perceptual level.

In the second article, “Dynamic Range Processing’s Influence on Perceived Timing in Electronic Dance Music,” co-written by the presenters and Jon Marius Aareskjold-Drecker, we explore the extent to which dynamic range processing (such as compression and sidechain compression) influences our perception of a sound signal’s temporal placement in music. Because compression reshapes the sound signal’s envelope, scholars have previously noted that certain uses of sidechain compression can produce peculiar rhythmic effects. In this article, we have tried to interrogate and complicate this notion by linking a description of the workings and effects of dynamic range processing to empirical findings on the interaction between sound and perceived timing, and by analyzing multitracks and DAW project files, as well as released audio files, of selected EDM tracks.

Bjørnar E. Sandvik is a PhD student and a former research assistant at RITMO. His research centres around the relationship between technology and aesthetics in popular music, with a particular focus on the interface design of electronic instruments and production tools and their impact on aesthetics. He is also part of Ragnhild Brøvig-Hanssen’s Remixing Time project, which investigates the aesthetics of musical fragmentation, and Anne Danielsen’s TIME project, which investigates how features of sound interact with timing at the micro level of auditory perception.

Ragnhild Brøvig-Hanssen is Associate Professor in Popular Music Studies in UiO's Department of Musicology, and at RITMO. She has published articles and book chapters on music production, digital media, remix- and mashup culture, rhythm and groove, and sound studies, and is the author of Digital Signatures: The Impact of Digitization on Popular Music Sound (with Anne Danielsen, MIT Press, 2016). She is currently leading a Research Council Norway funded project on mashup music, internet platforms, and copyright regulation (MASHED), as well as a RITMO project on musical fragmentation.