Stanford's innovation programme SPARK to be established at UiO (in Norwegian) 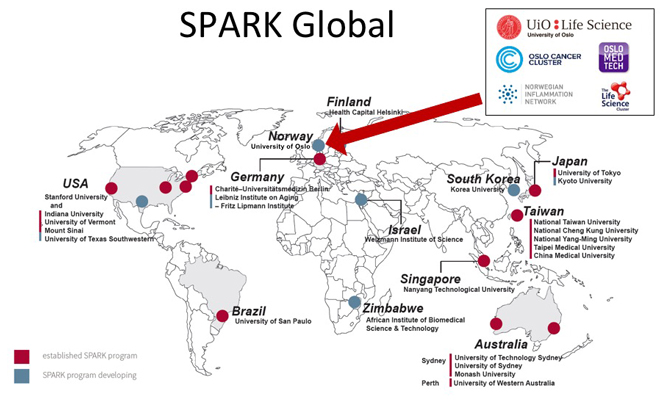 UiO:Life Science plans the launch of the SPARK innovation programme, developed by Stanford University. The goal is to get more innovation out of basic research. The other two European SPARK programs visit Oslo this summer to share their experiences, and one of UiO's PhD students will test the program's summer school in Japan.

UiO:Life Science will contribute to further development of the School of Health Innovation (in Norwegian)

The board of UiO:Life Science has decided to support the newly established School of Health Innovation at UiO, NTNU and Karolinska Institutet. With this UiO:Life Science wants to contribute to establish a new strong player in the UiO ecosystem of innovation.

How do we go from good intentions to actually getting more innovation out of the research and creating new jobs in the health industry? How will different political parties and others make sure that we reach the goals of becoming a life science nation?

Organizers: UiO:Life Science, LMI and Dagens Medisin. The event is part of Arendalsuka.

6 September: A new era of medicine with stem cells 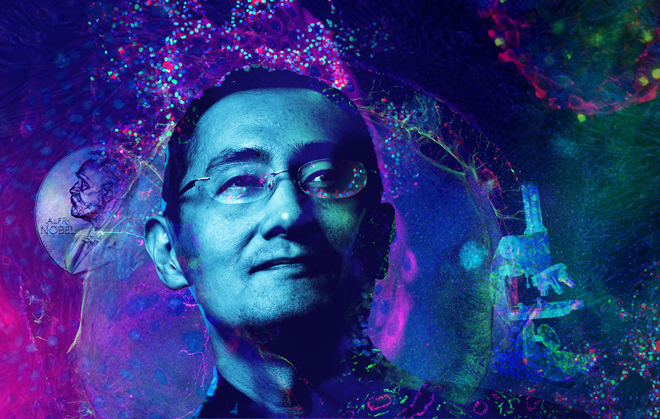 Shinya Yamanaka, 2012 Nobel Laureate in Physiology or Medicine, will visit Oslo on September 6. He will give a lecture about a new era of medicine with induced pluripotent stem cells – iPS cells –  and participate in a panel discussion about the ethical aspects of stem cell therapy.

The festival showcases the latest in science, technology and entrepreneurship.

Organizers: UiO, Inven2 and Oslotech. The event is part of Oslo Innovation Week.

The amount of information stored about us in the health service, and the amount of data that we collect with body sensors and smartphones, is growing. How is privacy secured, and what can happen when society knows too much about us? We are debating on the background of this autumn's 1984 production at Nationaltheatret.

Organizers: UiO:Life Science, UiO:Science and technology and Nationaltheatret. The event is a part of the National Science Week.

Algae can be used to make foods, medicines and energy. How can researchers, entrepreneurs, policy makers and investors help bringing ideas to the market?

Organizers: UiO:Life Science and the Norwegian Biotechnology Advisory board. The event is a part of Oslo Innovation Week and the National Science Week.

Events with funding from UiO:Life Science

The conference for all who are interested in research, education, innovation, business and politics in life sciences. This will be the third conference in a row.

The director position for UiO:Life Science will be advertised soon.

News about some of the new convergence environments at UiO