In Oslo you can combine high-quality education with unforgettable outdoor experiences, both winter and summer.

Oslo is smaller than most capitals, but offers all the cultural activities one expects to find in a modern capital. Oslo is a friendly and exciting city where you can find everything you need within a short distance from the downtown area.

Green city by the fjord

Coming to the University of Oslo is a great opportunity to experience the beautiful nature and outdoors of Norway. City parks, forests, cycling and walking routes, skiing and hiking are all within easy reach.

The city of Oslo lies at the end of the 100 km Oslo Fjord and is surrounded by sea, forests, and hills. The city is close to nature and with public transport you can fast and easy reach Oslomarka, the forested and hilly areas surrounding Oslo.

You can reach many of the 40 islands in the Oslo Fjord by boat from downtown Oslo.

Oslo’s many parks cover over 8 km2 of the city. Over 50% of the city area of Oslo is covered by forest and parks, and there are hundreds of lakes within the city limits.

In the summer, when the sun only sets for a few hours and the sky never turns dark, people enjoy the many public beaches. The next day, you may mountainbike or hike in the woods of the Nordmarka.

The climate in Oslo is milder than the latitude suggests, and in the summer the temperature normally exceeds 20°C. Yet, the winters are cold enough to make Oslo a popular venue for skiing.

Skiing and snowboarding draws crowds in winter. The Tryvann ski center has something for skiers of all levels, it even was the site of the 2012 world snowboard championship. Nordmarka has hundreds of kilometers of cross-country tracks, many starting in the Holmenkollen arena at the foot of the famous ski jumping hill.

Oslo - some facts and figures

Although Norwegian is the official language in Norway, most of the inhabitants in Oslo are both happy and able to communicate with newcomers in English – many even speak a third language, such as French, German or Spanish.

More facts about Oslo on Visitoslo.com

The University of Oslo’s original campus is located in the city centre, adjacent to the Royal Palace and the Parliament. The UiO main campus Blindern, just minutes away by subway, tram, or bicycle from the heart of Oslo, offers proximity to the forests and hills surrounding the city, and affords wonderful views of the Oslo Fjord.

The University of Oslo events programme organizes trips and excursions, allowing foreign students to venture into the nature and culture of the “fjord capital” and its surroundings.

Blindern campus functions like a small community with welfare services and student organisations and several shops and cafeterias.

Read our Campus Guide to find out more about Blindern Campus.

Norway is known for its outstanding nature, and all of this is easily accessible from Oslo. You can travel to see the Aurora Borealis (“Northern lights”), experience the midnight sun, and discover the beautiful fjords and mountains all over the country. Students in Norway love the fresh air, quiet atmosphere, clean water and vast areas of space – and nature. 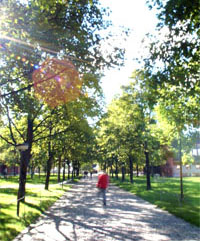 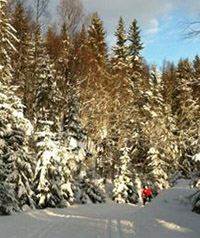 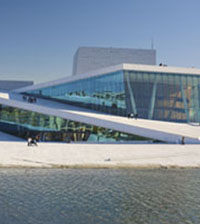 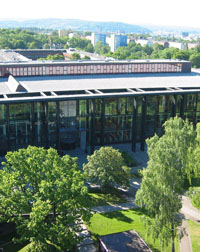 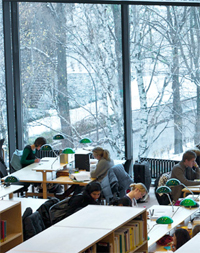